How blessed was I to travel to Tonga and deliver the Pacific Sporting Partnership (PSP) netball program “NetGo” for Netball New Zealand?

PSP is operated with the support and funding of the New Zealand Government to get more children in Pacific countries playing netball (and rugby) and making them healthier.  The programme is being introduced to Fiji, Samoa, Tonga and the Cook Islands over the next four years.

My first day was a Sunday and Mother’s Day. In Tonga, everything shuts down on a Sunday because of Church – probably the biggest influence on the Tongan people are their religious beliefs.  I headed out for a walk in 27 degrees at just 10 o’clock in the morning! I walked for over three hours along the main areas of Nukualofa, which is not unusual for me as I love walking, what is unusual is being stopped seven times to be asked a number of things;

I soon learnt when I got back to my accommodation (who were also about to send out someone to look for me as I must be lost!) that Palagi (‘foreigners’) don’t walk in Tonga let alone for three hours.  This was to be the first introduction to the culture of a people who are friendly and care about why you are here and how they can help you be successful.

The first three days were spent delivering the Coach Developer component of the NetGo program.  This was to be an easy task with the team that had put their ‘hands up’ to be involved, ‘thirsty’ for knowledge, we were quick to get into a routine.  Lots of laughs were had at the stadium that we used – this had been damaged in the recent Cyclones and was not completely closed in, so was a rather warm 33 degrees inside and dodging the pigeons was fun.

On our time off, Nita and Liviana (Tongan Netball Development Officers) showed me around the primary schools that will benefit from the NetGo program.  We also entered the world of DIY netball hoop making, to break down the barriers of cost for these school to run netball.

The next few days were spent with the newly trained Coach Developers delivering the NetGo program to 12 coaches who would then in turn coach in the primary schools around the main island.  My days were full of delivery of the NetGo program and then researching through my resources for material from the NNZ modules that would support these coaches to be the best they can be.

One of my favorite events was heading down to the banks carpark which after dark turns into a lighted netball court, it is truly amazing and meets the needs of the community 100%.  As people turn up the game progresses.  On the night I was there it started with half court of eight people that soon turned into full court, with umpires and subs.  Over half of those that showed up had already had training at their own village court.  I even had a ‘blast’ being an umpire for a couple of quarters.  It reminded me of that cool place/warm feeling you end up at the end of a good night out with your friends. 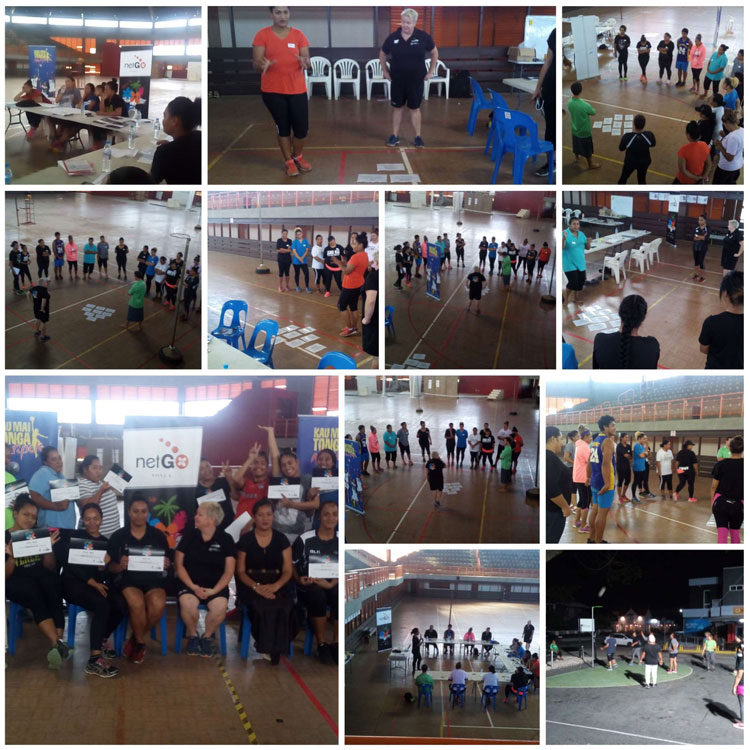