Canterbury’s Ronelle van Dongen has returned to her netball roots to take on a new role as head coach of the 2018 Mainland Beko Netball League team.

The former Canterbury and Mid Canterbury representative is back home after 16 years in Australia where she has assembled an impressive netballing resume both on and off the court. 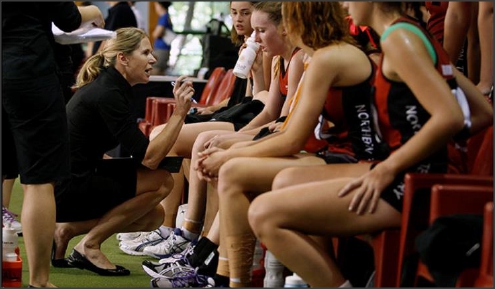 Van Dongen took on more of a coaching focus in 2008 when she started guiding Northern Territory age-group representative teams before working as assistant coach for the Storm in 2012 and head coach in the national league for 2013.

She was also assistant coach of the Northern Territory Institute of Sport netball programme from 2007 to 2015.  In 2016 she achieved the Netball Australia elite coaching accreditation.

Prior to returning home Van Dongen was selected as one of four coaches from throughout Australia to join Netball Australia’s targeted coach programme which is aimed to provide development opportunities for identified coaches within the national programme and training camps.

Van Dongen said she was pleased to be back in Christchurch and looking forward to working with the players ahead of the new season.

“I am so excited to have returned home and been given this wonderful opportunity to work with the Mainland Beko players and support them to achieve their potential,” she said.

“This league is fundamental to strengthening the Zone’s performance pathway, the development of talent and competitiveness,” she said.  “We are delighted to appoint a person of Ronelle’s experience and look forward to the on-going development of our talented players.”

Van Dongen will combine her role of Mainland head coach with her position as High Performance Director of Netball at St Andrew’s College in Christchurch.

Mainland finished runner-up in this year’s Beko Netball League, going down to Central in the Grand Final.  Open trials to select next year’s squad will be on November 11-12.